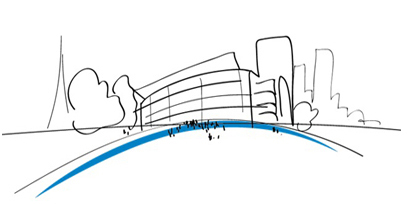 The aim of the Axe Real Estate Management is to promote academic research in the field of real estate through contributions from various disciplines such as finance, economics or marketing, via research collaborations, publications, workshops and partnerships with major players in the sector

Assessment, valuation of assets and structure of real estate markets

Real estate, whether office, residential or commercial, includes a complex set of assets to be assessed. The reduction of information asymmetries regarding its overall quality is a major issue for portfolio managers and the allocation of public savings. However, existing systems that reflect their intrinsic quality are often arbitrary, partial, not very transparent or highly financialized. Yet, a good knowledge of a real estate portfolio is a key element of the strategy of economic, social and territorial attractiveness of a region and the economic actors as a whole.

The CIREQ project aims to make explicit the quality judgments that all stakeholders have on various buildings. The goal is to provide a rating measure that relies on collective intelligence from a survey of professional real estate decision makers. This European evaluation committee includes more than hundred professionals in France, Germany and United-Kingdom.

The measure provides a global and innovative vision of the intrinsic quality of the housing stock, allowing comparable ratings. More than 150 characteristics of the location, workspace and envelope structure of the buildings are included. An expert system leading to the definition of an algorithm and visualization tools makes possible to estimate the quality of the building stock, to monitor its obsolescence and to apprehend various risks by offering a qualitative assessment of its strengths and weaknesses. The methodology deployed is applicable to all the assets of European and other countries, in partnership with academic colleagues from Germany (Daniel Piazolo, Friedberg University), the United Kingdom (Paul Mc Namara, Oxford) Canada (Andrée De Serre (Uquam) and Japan (Chihiro Shimizu, Nihon University). The current partners are major insurance or real estate such companies as Allianz, Invesco, SwissLife, Lasalle Investment Management, BNP Paribas, La française etc.

The effect of the number of photos on mental imagery

“Asymmetric revelation” effect: The influence of an increased number of photos on mental imagery and behavioural responses depending on target market with Larceneux F., Bezançon M. and T. Lefebvre

Abstract
Little research explores the effect of the number of pictures presenting a good on consumer responses, and available studies are limited to experiments with small numbers of pictures. In this article, a first field study, based on 3658 real estate ads, shows that an increase in the number of pictures decreases the click rate and the speed of sale for lower range goods but has no effect for higher range goods. This result is replicated and explained in an experimental study: for lower range apartments, the addition of pictures decreases the valence of mental images, the imagery of self and increases perceived worry. These dimensions explain the negative effect of the number of pictures on behavioral responses. Conversely, adding pictures for higher range goods – whether added pictures are informational or not – does not improve responses. This asymmetrical “revelation effect”, depending on the range of the goods, is discussed.

The Relation between Aging and Housing Prices – A Key Indicator for the French Spatial Wealth Reshaping, Simon A., Y. Essafi, R. Languillon-Aussel.

The role of services on developper reputation

The role of services in presale purchases: A field experiment on the French housing market, Larceneux F. et D. Guiot

Based on the study of presale housing purchases within the context of urban regeneration in France, this paper questions the efficacy of the service strategies implemented by private developers on the buyers’ attitudes. We propose a new typology of services based on the type of value perceived by consumers. We conducted a field experiment with real buyers who purchased an off-site apartment, and we measure the causal effects of four service intensity indexes, that offer visualization, customization, valuation and interaction services, on developer reputation. Results highlight the mediating roles that both consumer satisfaction and trust play on developer reputation, less in terms of services oriented towards the quality of the dwelling itself (visualization and customization benefits) and more for those designed to create a favorable purchase context (valuation and interaction benefits), so emphasize an accompanying role from developers expected by the future inhabitants.

The role of emotion in a housing purchase

The role of emotion in a housing purchase: an empirical analysis of the anatomy of satisfaction from off-plan apartment purchase in France, Andrew M. et F. Larceneux

This research examines empirically the role of emotions induced from the ‘visualization’ of owning a new build apartment in influencing its purchase, and how its effect on satisfaction evaluations of the apartment purchased influences buyer ratings of developer performance. We focus on apartments sold off-plan in France. Through structural equation modelling we find support for the theoretical proposition that psychological measures of different perceived values influence buyer satisfaction of the apartment purchased. Buyer evaluations are cognitively dominated by the assessment of utilitarian benefits but emotion plays a significant role among homebuyers as well as investors. Our analysis sheds light on the determinants of buyer satisfaction, and also on how this could augment the reputation of a developer, and subsequently, help them achieve off-plan sales targets.

Why contracting with an intermediary can be perceived as a “bad deal” compared with a direct contract between sellers and buyers? This research shows that individuals, including consumers of brokerage services, information asymmetries leads to form a negative attitude toward the commission fees called “commission inequity”. Using a questionnaire from 3484 buyers and sellers who, this psychological perception is shown to influence the perceived satisfaction of the transaction price which, in turn, influences the broker reputation. Moreover, buyers using brokerage services do not declare a different purchasing price than buyers via FSBO, but perceive a significant lower price satisfaction. This result is replicated on sellers who declare getting a higher amount of money when using a broker vs. sellers selling directly. However they declare again a significant lower price satisfaction compared with FSBO sellers.

The triple monetary determination of the office market in Western Europe: How planning and metropoles are influenced or not by the unconventional monetary policies, avec A. Simon, A. Coën, B. Lefebvre, R. Languillon-Aussel.